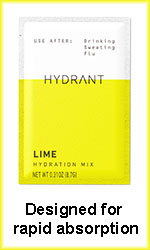 In North American folklore, Bigfoot or Sasquatch is said to be a hairy, upright-walking, ape-like creature that dwells in the wilderness and leaves footprints. It is strongly associated with the Pacific Northwest (particularly Oregon, Washington and British Columbia), and individuals claim to see the creature across North America. Over the years, the creature has inspired numerous commercial ventures and hoaxes.

Folklorists trace the figure of Bigfoot to a combination of factors and sources, including folklore surrounding the European wild man figure, folk belief among Native Americans and loggers, and a cultural increase in environmental concerns.

A majority of mainstream scientists have historically discounted the existence of Bigfoot, considering it to be a combination of folklore, misidentification, and hoax, rather than a living animal. A minority, such as anthropologists Grover Krantz and Jeffrey Meldrum, have expressed belief in the creature's existence.

The enormous footprints for which the creature is named are claimed to be as large as 24 inches (60 cm) long and 8 inches (20 cm) wide. Some footprint casts have also contained claw marks, making it likely that they came from known animals such as bears, which have five toes and claws.

According to David Daegling, the legends predate the name "bigfoot". They differ in their details both regionally and between families in the same community.

Ecologist Robert Pyle says that most cultures have accounts of human-like giants in their folk history, expressing a need for "some larger-than-life creature."[10] Each language had its own name for the creature featured in the local version of such legends. Many names meant something along the lines of "wild man" or "hairy man", although other names described common actions that it was said to perform, such as eating clams or shaking trees. Chief Mischelle of the Nlaka'pamux at Lytton, British Columbia told such a story to Charles Hill-Tout in 1898; he named the creature by a Salishan variant meaning "the benign-faced-one".

Members of the Lummi tell tales about Ts'emekwes, the local version of Bigfoot. The stories are similar to each other in the general descriptions of Ts'emekwes, but details differed among various family accounts concerning the creature's diet and activities. Some regional versions tell of more threatening creatures. The stiyaha or kwi-kwiyai were a nocturnal race. Children were warned against saying the names, lest the monsters hear and come to carry off a person, sometimes to be killed. In 1847 Paul Kane reported stories by the Indians about skoocooms, a race of cannibalistic wildmen living on the peak of Mount St. Helens in southern Washington state.

Less-menacing versions have also been recorded, such as one in 1840 by Elkanah Walker, a Protestant missionary who recorded stories of giants among the Indians living near Spokane, Washington. The Indians said that these giants lived on and around the peaks of nearby mountains and stole salmon from the fishermen's nets.

The name "Big Foot" first gained renown by a Wyandot chief with that nickname in the 1830s "who derived his name from the immense size of his feet. His height considerably exceeded six feet, and his strength was represented as Herculean. He also had five brothers, but little inferior to himself in size and in courage, and as they generally went in company they were the terror of the country."[20] Later in the 19th century Spotted Elk was also called Chief Big Foot; he was a well-known Lakota leader killed during the Wounded Knee Massacre in 1890. The two Native Americans may have been the namesakes for two fabled bears in the West. In the late 19th and early 20th centuries, at least two enormous marauding grizzly bears were widely noted in the press and each nicknamed "Bigfoot". This may have inspired the common name of the ape-creature and been a matter of confusion in early stories. The name began to become more widespread as a reference to the Sasquatch after a photo of bulldozer operator Jerry Crew holding a cast of a track was spread by wire service in 1958.

The first grizzly bear Bigfoot was reportedly killed near Fresno, California in 1895 after killing sheep for 15 years; his weight was estimated at 2,000 pounds (900 kg). The second one was active in Idaho in the 1890s and 1900s between the Snake and Salmon rivers, and nearly supernatural powers were attributed to it.

Nearly twice the size of an ordinary grizzly, Bigfoot for years has levied his tribute of prime steers and no one has been found brave enough or clever enough to catch or kill him. With a single blow of his giant paw he kills the largest and best animal he can find and he usually takes the pick of a herd. He makes a single meal of the animal, and it is usually a meal that would provide a camp full of men for a week, and disappears, never to return to that locality again that season.

In the 1920s, Indian Agent J. W. Burns compiled local stories and published them in a series of Canadian newspaper articles. They were accounts told to him by the Sts'Ailes people of Chehalis and others. The Sts'Ailes and other regional tribes maintained that the Sasquatch were real. They were offended by people telling them that the figures were legendary. According to Sts'Ailes accounts, the Sasquatch preferred to avoid white men and spoke the Lillooet language of the people at Port Douglas, British Columbia at the head of Harrison Lake. These accounts were published again in 1940. Burns borrowed the term Sasquatch from the Halkomelem and used it in his articles to describe a hypothetical single type of creature portrayed in the local stories.

Join the MADNESS: Go long, get dirty, and pound your soles for the most EPIC challenge out there.